If you're currently in the market for a used semi-truck, then chances are you may have run across numerous trucks featuring engines that have undergone an overhaul at some point in their lives. Some truck dealers may even tout overhauled engines as an attractive selling point for buyers in search of long-lasting internals.

Contrary to popular belief, engine overhauls aren't typically done due to the original engine being on its last legs. Instead, overhauls are usually performed as a preventative step towards getting the most out of a Class 8 diesel engine. The amount of overhaul work that's typically done to the engine depends on a variety of factors, including the number of hours on the engine and the level of overall wear and tear. A typical overhaul usually involves a near-complete teardown of the old engine and the replacement of certain wear items and other components with new counterparts. These include new cylinder heads, pistons, gaskets and main bearings, just to name a few.

Buying a used semi-truck with an overhauled engine has its benefits:

In spite of the many advantages of buying a semi-truck with an overhauled engine, there are a few caveats to be aware of:

In some cases, you may be better off buying a used semi-truck and having your own overhaul done. Glider kits -- modern trucks that are largely rebuilt from the ground up using remanufactured engines and other components -- also offer another alternative to purchasing a brand-new truck.

A complete set of service records can easily tell the tale about a semi-truck's previous life. This is especially true for trucks whose engines have undergone an overhaul at some point. Having these service records available can help you rest easier when it comes to your used purchase.

Whether you're buying from a used truck dealership or a private owner, you should always ask for a complete service history as well as all supplemental documents pertaining to the engine overhaul. If these records aren't available for some reason, then it's usually best to search elsewhere until you can find a similar truck with complete records.

In the end, it's up to you to decide whether you should purchase a semi-truck with an overhauled engine. The pros and cons listed above can help guide you towards the right choice for your trucking needs. 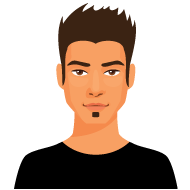 Do you remember the last time you really stopped to think about what kind of car you were driving? I didn't used to give a lot of thought to the condition of my car, but after I started taking things more seriously, I realized that I had to do something to make things better. I started focusing on keeping my vehicle clean and well maintained, and it really helped to improve my driving experience. This blog is here for anyone who has ever struggled with car ownership, so that you know how to make things right. Check out this blog for great information.